Recently Parkes Scientific, along with eralytics worked to gather preliminary data showing the extreme bias that can result from insufficient shaking even when strictly following ASTM D6377-2020. These findings were presented to the CCQTA September 2020 meetings during the General Forum.

A condensed version of the issue is that ASTM D6377 specifies only a minimum of 1.5 c/s (cycles per second) of agitation to reach equilibrium. The application note that eralytics' created shows data indicating that the reproducibility of the method (R = 4.26 kPa) can be greatly exceeded. This appears to be consistently common for compositions of products with high density and high viscosities. Biases up to 7.7 kPa have been recorded. Biases in excess of 12 kPa have been reported but not formally recorded. 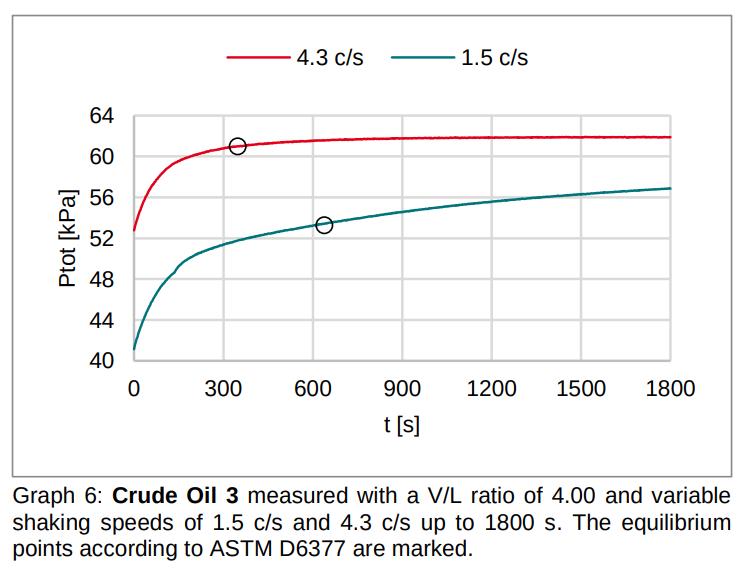 Below are the conclusions from the application note.

ASTM E1-2014 is the Standard Specification for ASTM Liquid-in-Glass Thermometers. It defines 201 thermometers which are below. You can find links to the variations of these thermometers that we offer by clicking on the corresponding ASTM No. link. You can click on the column headers to sort the table.