Reﬁne cannabinoids from your crude cannabis extracts with the B/R Instrument 9200 Cannabis Oil Distillation System. The 9200 CODS offers single pass separation by removing terpenes, waxes, and other undesirable compounds to create the most potent oil on the market. 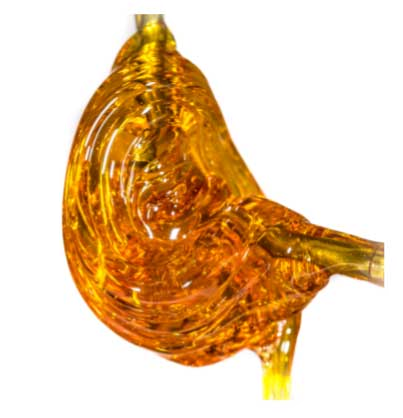 Achieve higher purities than possible on a wiped film or short path set up, with a fraction of the effort. Technology suited perfectly to the job paired with automated controls allows you to create liquid gold.

All distillations attempt to separate a lower boiling point material (A) from a higher boiling point material (B). Spinning band distillation creates intimate contact between the vapors and the condensate in a dynamic process by using a helix rotating at high speeds inside the distillation column. The rotating “band” forces vapors into contact with a very thin layer of condensate that is refreshed thousands of times per minute. This creates the maximum amount of vapor-liquid contact. More interaction between the vapor and liquid phases equals a higher purity.

Wiped Film has several hinderances in its production of cannabis distillate. 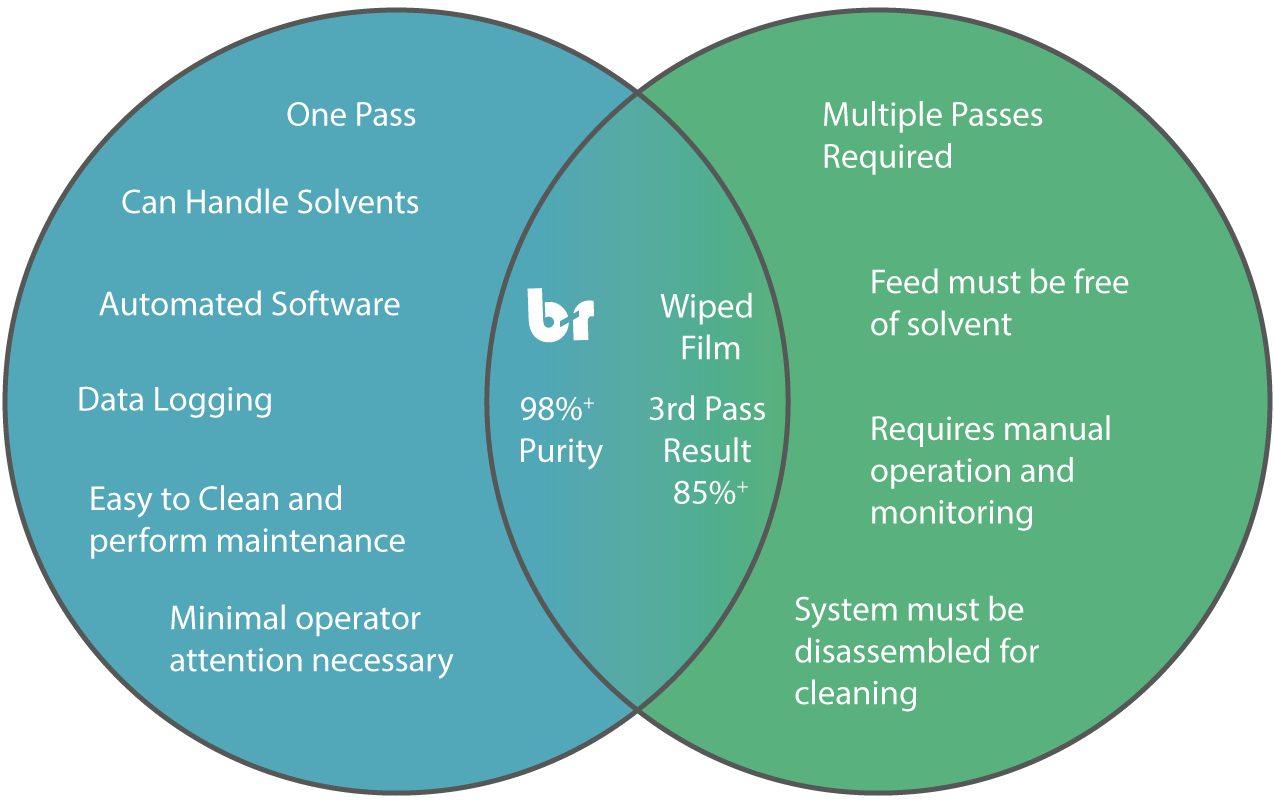 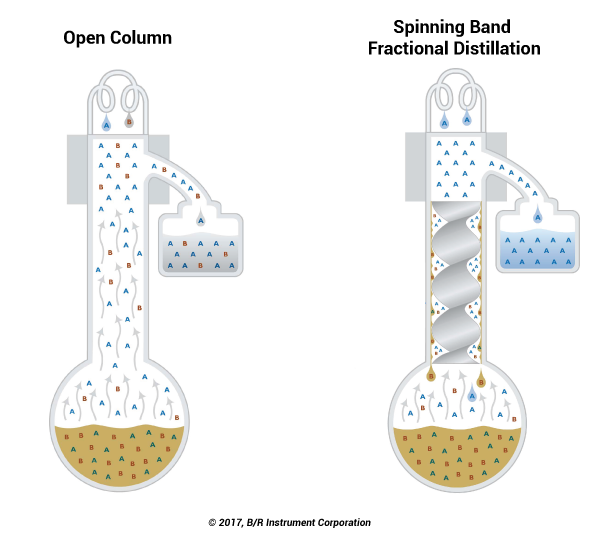 Short Path system have become fairly popular as entry level distillation system for cannabis oil. However, many are cheaply made and poorly designed. 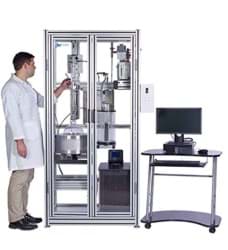 The 9200 CODS offers single pass separation by removing terpenes, waxes, and other undesirable compounds to create the most potent oil on the market.
Call for Availability
Call for Pricing